Expert backs shifting of Gir lions to Kuno in MP 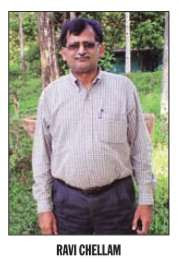 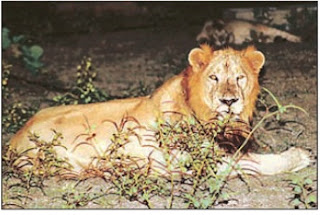 THERE is a strong case of trans-locating endangered Asiatic lions from Gir forests to Kuno Wildlife Sanctuary in Madhya Pradesh but the same should be done only with the consent of the Gujarat government and the people of the state, wildlife expert Ravi Chellam has said.

Chellam, who is the director of an NGO, Wildlife Conservation Society, and an expert on the Asiatic lions in Gir, was in Parambikulam Tiger Reserve in Kerala to address a national meet on conservation of wildlife.

Chellam, who had conducted a survey while he was

with the Wildlife Institute of India (WII) and recommended that Gir lions be shifted to Kuno, told The Indian Express that the trans-location would not be worth risking if the Gujarat government does not agree for the project. "The lions in Gir are already moving outside the reserved areas, which indicates the space crunch they are facing.
There is a strong case for trans-location to achieve a sizeable population for them," Chellam said.
Praising efforts made by the Gujarat government in taking care of lions, he said, "When you have only one habitat for an endangered species, not setting up the second prey range is not very wise. Any catastrophic disease or major fire in Gir means there will be no solution."

Elaborating on why Kuno Wildlife Sanctuary was a choice, Chellam said, "We did a survey for 18 months. Kuno has been a range for lions earlier. There were three proposed sites and Kuno emerged as the best one." `THE LIONS in Gir are already moving outside the reserved areas, which indicates the space crunch they are facing. There is a strong case for translocation to achieve a sizeable population for them'

Posted by Kishore Kotecha at 10:25 AM