Twenty-six more lions were captured from the Dalkhania Range in Gujarat's Gir forest during the forest department's ongoing screening drive that was launched following the death of 14 big cats, and were shifted to a rescue centre, an officer said on Sunday.

This was in addition to the seven lions who had already been captured and shifted to a rescue centre to ascertain their health status, said Chief Conservator of Forest, Junagadh Wildlife Circle, D T Vasavada.

The screening drive to identify and rescue lions in Gir forest was initiated by the Forest department on September 24, following the deaths of 11 big cats in and around Dalkhania Range in Gir-East division.

During the screening last week, three more lions died, taking the toll to 14.

The department had claimed that the lions were already sick when they were rescued.

"In addition to seven big cats, we rescued 26 more lions from Dalkhania range last Thursday. They are kept under observation at a rescue centre," said Vasavada.

Forests officials had claimed that infighting among lions and infection caused by injuries are the causes behind their deaths.

A total of 64 teams comprising 270 personnel had been formed to identify and rescue ailing lions in the Gir forest.

Gir is the only area in Asia, where Asiatic lions are found, and is considered one of the most important protected areas in Asia due to its supported species. PTI 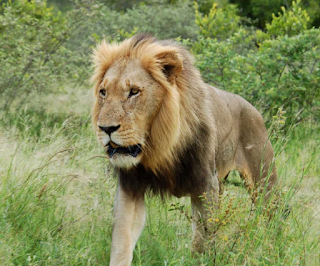 Posted by Kishore Kotecha at 1:24 PM