And now the bad news... Overcrowding in Gir lion population is a 'time-bomb' for conservationists

11-05-2015
And now the bad news... Overcrowding in Gir lion population is a 'time-bomb' for conservationists
Daily Mail
http://www.dailymail.co.uk/indiahome/indianews/article-3077391/And-bad-news-Overcrowding-Gir-lion-population-time-bomb-conservationists.html
The increase in the Asiatic lion population in Gujarat forests is surely a reason to praise the state government, and pay reverence to the people of the Saurashtra region for nurturing the wild cat.

The 2015 census, which was the biggest ever covering as many as 22,000 square km, has found a rise of only 4.4 per cent or 14 lions in the sanctuary and protected forest areas. Meanwhile, there has been a mind-boggling increase of 130 per cent, or 96 lions, in areas of human habitation with increasing commercial activities. 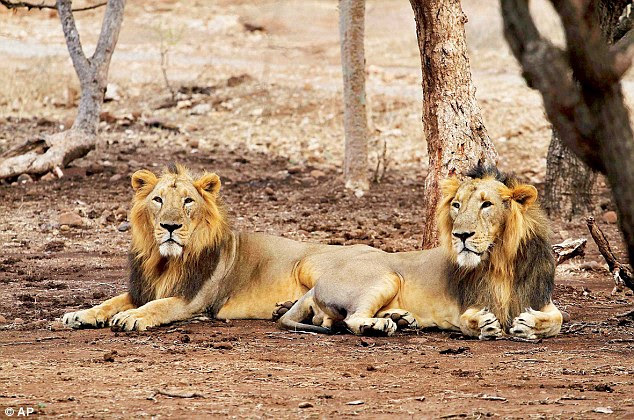 The number of Asiatic lions in Gujarat's Gir sanctuary has gone up to 523, an increase of 27 per cent since 2010, when the last census showed the count at 411

"It is to the credit of the local population that the lions have survived, flourished and grown, but the fact that the growth is happening outside the protected area in what are essentially human-dominated landscapes cannot remain a happy situation forever," says renowned wildlife expert Ravi Chellam, who has worked extensively on Gir lions.

He maintains that the Supreme Court judgment regarding trans-location of lions is still valid and needs to be implemented.

The reason for as many as 14 lions getting killed during the last year alone in accidents, including 10 in rail mishaps, lies in the dispersal of the king of the jungle in search of prey and water.

Forest officials said that this is because the carrying capacity of the protected areas is only 260 lions.

"We are basically sitting on a time bomb with such exponential growth of lions outside the protected areas and this is spilling into the entire Saurashtra region (eight of the nine districts)," asserts H.S. Singh, a member of the National Board for Wildlife and a veteran Gujarat forest officer.

He says: "The challenge is not just about developing new habitats for the lions, all with prey base and water points, which itself is a Herculean task, but also about managing the near-impossible man-animal conflict which is already happening."

Singh is not wrong. As many as 258 lions have died of accidents and natural causes between the previous census in 2010 and now. 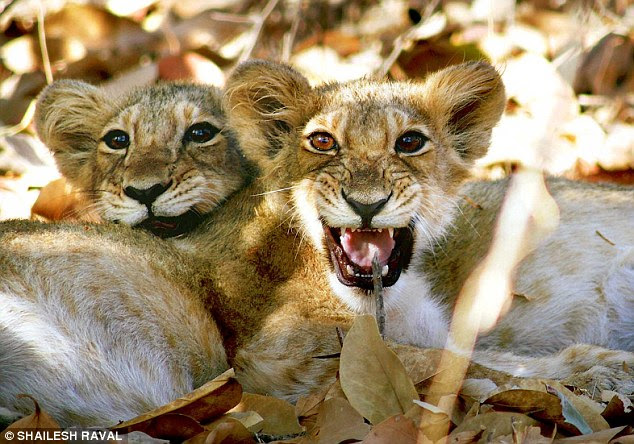 "This statistic is adequate to understand the magnitude of the challenge that lies ahead and serves us a reminder that we must relocate some lions," says a senior official.

The source did not wish to be named as the state has made it a prestige issue in the Supreme Court with the argument that it will not part with Gujarat's lions.

The death figure suggests that the clash of the carnivore with human population and its economic activities has become inevitable.

There are high-speed railway lines going to Pipavav Port in Amreli district, which has registered the maximum increase in the number of lions. There are also five state highways passing through the forests.

Posted by Kishore Kotecha at 3:55 PM