After Gir Lion Deaths, Demands To Shift The Remaining To Madhya Pradesh

After Gir Lion Deaths, Demands To Shift The Remaining To Madhya Pradesh

SHEOPUR: Following reports of deaths of lions in Gir Sanctuary, local people staged a protest at Sheopur in Madhya Pradesh on Thursday, demanding that some of them be shifted to Palpur-Kuno sanctuary and saved from extinction.

As per the Gujarat forest department, 23 lions have died at Gir Sanctuary since September 12. At least 11 of them have succumbed to a virus infection, officials have said.

"In the last ten years, 100 crores spent to develop Kuno-Palpur as a second home for Asiatic lions. 25 villages were rehabilitated, affecting 10,000 families. But the Gujarat government has not given a single lion to Kuno- Palpur sanctuary," Mr Chouhan told PTI over phone.

When the BJP is ruling at the Centre as well as in Gujarat and Madhya Pradesh, why it was finding it difficult to shift some of the lions from Gir to Kuno-Palpur as the animals are facing the threat of extinction, he asked. Even the Supreme Court had given its nod for transfer of lions to Madhya Pradesh, he claimed.

"The Vijay's Rupani government had admitted (in Gujarat Assembly) that in the last two years 184 lions died in Gir due to infighting, contagious infections, floods and railway accidents, among other reasons," MrChouhan said.

If some of the lions are not shifted to Palpur-Kuno, protesters will not allow the scheduled opening of the gates of the sanctuary for visitors on October 16, he said. 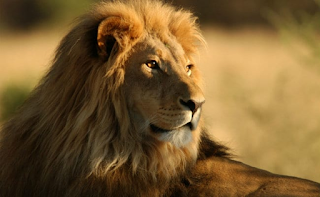 Posted by Kishore Kotecha at 3:56 PM