Yagna in Gir for wildlife, CM Vijay Rupani backs out

Yagna in Gir for wildlife, CM Vijay Rupani backs out

A havan deep inside the Gir sanctuary in the Kankai Mata temple for the benefit of 'wildlife' has the environmentalists and lion lovers in the state worried.

They worry that the yagna of 108 kund (pits) while bringing no tangible benefit to the wildlife will end up bringing hordes of people to the sanctuary.

The invite for the same states that the yagna, that will last from morning to evening, is being performed for the welfare of animals, wildlife as well as to ensure the protection of the environment and is the way shown by our rishi munis!

Over 12 specials invitees including the chief minister and several MLAs and ministers were expected to take part. A general invitation has also been forwarded to all and sundry. Sources in the Chief Minister's Office (CMO) clarified that Vijay Rupani will not be attending the event. "It is not due to any protest but he has a tight schedule and everyone is concentrating on the water crisis," said a source in the CMO.

"What is the point of having a havan inside a sanctuary to benefit wildlife? How exactly does it benefit wildlife? We are scratching our heads trying to figure this," said Kishorbhai Kotecha, an environmental activist who has worked on various issues including lion conservation.

"With the event, look at the number of people who will be inside the sanctuary. The government has already given permission for night stay for pilgrims at Kankai Mata temple and that too will lead to rise in illegal wildlife tourism in Gir," said Kotecha,

CCF, Junagadh Wildlife Circle, AP Singh under whose jurisdiction the temple and the sanctuary fall could not be contacted for his comments. A message to him also went unreplied.

It should be noted that several wildlife activist including senior officials of the forest department have reservations about the government's nod to allow 50 pilgrims for night stay at the temple.

Earlier the pilgrims had to return by evening but now with the new permission, many fear that tourists in the garb of devotees will make it to the sanctuary to enjoy illegal night tourism. A PIL in the matter has been filed before the Gujarat high court. "The stay at temple for pilgrims is free. Why will tourists spend money in hotels when they can get to be inside the sanctuary at night as a pilgrim" questioned another activist. 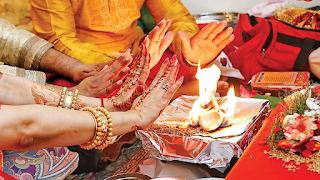 Posted by Kishore Kotecha at 12:38 PM