The Gujarat government today informed the high court that the Centre had on June 19 granted it final permission to start Ambardi lion safari on the eastern side of the Gir National Park.

The state was responding to a PIL challenging the government's earlier announcement that the Union Ministry of Environment and Forests (MoEF) had on June 5 given it a final nod to start the lion safari at Ambardi park.

The government's counsel today told the division bench of Chief Justice R Subhash Reddy and Justice V M Pancholi that it has received final permission to start the lion safari at Ambardi from the ministry concerned and produced the official document regarding the same dated June 19.

The court was hearing the PIL which had contended that only the technical committee of Central Zoo Authority has finalised a report on the state government's proposal to start the lion safari, and this cannot be construed as a final nod as the committee is not empowered for the same.

The PIL was filed by Biren Pandya, who had challenged the earlier announcement of government which had said that it had received permission on June 5.

The PIL had challenged the state government's lion safari proposal on around 400 hectare of fenced areas for tourists.

It has sought court's direction to the government to set aside the plan to convert the forest area into lion safari claiming it will damage the eco-sensitive zone.

However, today government counsel told the court that a newly-appointed technical committee of the MoEF had given a go-ahead to the project and a final order regarding this was passed on June 19 by MoEF.

The matter will be next heard on July 6.

The court had during earlier hearing asked state government and Centre to clarify their stand on the matter.

As per the latest census carried out by the state forest department in 2015, Gujarat is home to 523 lions in Gir forest and other areas in Junagadh, Gir Somnath, Amreli and Bhavnagar districts. 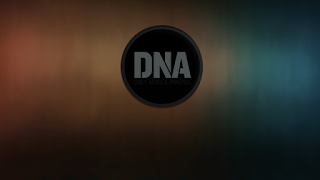 Posted by Kishore Kotecha at 4:25 PM