In his letter, the Rajya Sabha MP from Gujarat said the death of Gir lions is a "manifestation of negligence" and "result of the state government's prolonged mismanagement and poor oversight."

Among the measures he suggested to save lions were to expand eco-sensitive zones to 10 kilometres from protected areas of Gir National Park - the abode of Asiatic lions, removal of illegal resorts, and better healthcare facilities for the big cats.

Mr Patel said eco-sensitive zones (ESZ) in Gujarat, extending only up to 0.5 km from protected areas, as against 10 km suggested by the Ministry of Environment, Forest and Climate Change (MoEF&CC), had "caused unwarranted interference in the ecosystem of lions".

He called for a revision of the ESZ for Gir National Park and expressed the need to strike a "fine balance" between promoting tourism and conserving wildlife.

The Congress leader stressed on the need for removal of "illegal resorts" near the sanctuary, "irrespective of their ownership."

Drawing attention to the shortage of medicines and trained veterinary doctors for lions, Mr Patel suggested the government to consider "introducing training programmes for lion conservation and allocating adequate budget for research towards their conservation."

"Treat Gujarat lions with the same importance given to tigers. The central government can consider creating a Rs. 1,000-crore fund for conservation of Gir lions and launch national-level programmes on the lines of Project Tiger," he said.

"Being a fellow Gujarati, you (Modi) are equally aware that Gir's lions are an integral part of Gujarati asmita (pride). Gir Forest, which was once projected as a success story of animal conservation, is now being seen as a glaring example of ecological neglect by the state," he said.

At least 23 lions, all from a single area in Gir forest, have died over the past three weeks due to various reasons, prime among them is Canine Distemper Virus and Protozoa infection. 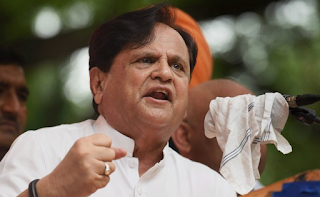 Posted by Kishore Kotecha at 5:52 PM