Is Gujarat's pride taking a beating? 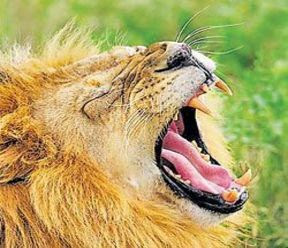 Gujarat prides itself as the only place in the world where Asiatic lions are found but since the year 2006-07 as many as 223 lions and 193 leopards have died in the Gir National park and sanctuary. According to 2010 census, there were 411 lions in Gir.

In reply to an application filed under the Right to Information (RTI), the office of the chief forest conservator revealed that of the 223 lion deaths in the region, 182 had died due to natural causes while 33 had died in accidents. Seven lions had died because of poaching.

The last time a lion was killed by poachers was in 2009-10. However, SK Nanda, principal secretary, forest and environment department, Gujarat said that he was not aware of any poaching cases in the last couple of years.

When DNA pointed out that the data on lion deaths in Gir had been acquired under RTI, he said the data could be about 'suspected poaching cases'.

"There has been no poaching death in Gir. Local people are alert and poachers can't operate in the region without their support," Nanda said.

According to the information made available under RTI, most of the lions which died because of natural cases had suffered brain hemorrhage.

An RTI activist close to the development said that a lion usually suffers from brain hemorrhage when it collides with a tree or rock after running tirelessly on hearing a sound or seeing light late in the night.
Posted by Kishore Kotecha at 4:01 PM