Cats in Crisis (Politics is Killing the Big Cats) 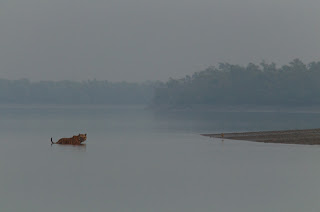 We need a new approach to save them, says preeminent field biologist George B. Schaller.

When I began to study the great cats nearly half a century ago, their sheer magnificence enthralled me: Tigers striding on velvet paws through the forests of India's Kanha National Park, secure in their power, dignity, and flaming beauty; prides of Serengeti lions sprawling in the shade of acacias, poured like honey over the golden grass; snow leopards flowing as mere cloud shadows along Himalayan crags; and jaguars roaming mysteriously alone in the great swamps of Brazil's Pantanal. Yet today I behold these icons of wildness and wilderness with concern, knowing that their fates rest solely with humankind.

Back in the 1960s and 1970s, we did basic, and some would now say old-fashioned, natural history. There was no satellite imagery available to us to delineate suitable habitat. Radiotelemetry was primitive, though we did collar jaguars and trace their movements. We had no automatic infrared cameras to photograph any passing creature. To recognize a tiger with certainty, I looked closely at the stripe pattern of its face. I picked apart scats to determine what cats had eaten, followed their tracks in dust or snow to plot the extent of their travels, and examined each kill to find out its age and sex. Conservation depends on such information.

At the time I did not think that wilderness would so quickly become exhaustible. The human population has more than doubled since then, forests have given way to fields, and livestock herds have replaced wildlife on rangelands.

Lions, once so abundant, are vanishing outside of reserves. Shot, poisoned, and snared by pastoralists and farmers, partly because they kill cattle and occasionally a person, lions may ultimately survive only in protected reserves. Tigers now occupy roughly 7 percent of their former range. Fewer than 4,000 may be left in the wild, whereas, by sad contrast, China and the United States are thought to have some 5,000 each in captivity.

Tigers and leopards in Asia are threatened by networks of poachers that supply the East, particularly China, with skins, as well as bones and other body parts with supposed medicinal value. No wonder two of India's reserves, Sariska and Panna, lost all their tigers under the eyes of a complacent and unmotivated guard force.

I once followed the lone track of a rare Asiatic cheetah across its last home in the desert of central Iran. How can the world stand idly by while natural treasures such as this vanish, country by country?

When I began fieldwork, it was with the aim not only of studying a species but also of promoting its safety within a protected area. Both such efforts remain essential. But I have had to change my mind-set. Most countries now lack the space to set aside large new areas to support a population of, let us say, 200 snow leopards or tigers. Most existing reserves are small, able to sustain only a few of the great cats—and these may become extinct due to inbreeding, disease, or some accidental event. And as ecosystems shift with climate change, animals will have to adapt, migrate, or die.

Instead of focusing just on discrete, isolated protected areas, conservation has enlarged its vision to manage whole landscapes. The goal is to create a mosaic of core areas without people or development where a leopard or jaguar can breed in peace and security. Such core areas are connected by corridors of viable habitat to enable a cat to travel from one safety zone to another. The remaining area of a landscape is designated for human use. This approach integrates ecological, economic, and cultural aspects. I am involved in such a landscape plan for snow leopards on the Tibetan Plateau in China. We map the distribution of the cat; census prey, such as blue sheep; train local people to monitor wildlife; and work with communities and monasteries to promote good land and livestock management. This work is coordinated by the Shan Shui Conservation Center at Peking University.

It's easy enough to outline landscape plans, pinpoint potential sites on satellite maps, and create a mental idyll of great cats and people living together in harmony. Many conferences have been held to define problems and set priorities— but rhetoric has far outstripped implementation. All great cats continue to fade in number. Most countries have simply lacked the political will and public pressure to save their wildlife. Even protection of reserves tends to be feeble, with poaching of animals and timber rampant and mining and other illegal activities common. Needed by each country are an elite guard force supported by police and even the army, rigorous regional cooperation to stop illegal trade of skins and bones, swift court action against offenders, and other deterrents. In the final analysis, conservation is politics—and politics is killing the big cats.

Humans and predators have for millennia confronted each other with fear and respect. Such conflict will continue. I have examined horses killed by snow leopards in Mongolia, cattle by jaguars in Brazil, and a family's sole milk buffalo by a tiger in India. All great cats kill livestock, especially if their natural prey has been decimated. Finding at least a partial solution to such killing is a critical conservation issue. Much predation is, however, the result of lax herding practices, as when cattle in India simply graze untended in forests.

Should governments or conservation organizations compensate households for such losses? The idea is seductive, but attempts in various countries have had little success. Aside from the fact that continued funding is never assured, there are fraudulent claims, difficulties in verification, delays in payment, and other problems. A community could establish an insurance program in which households pay a fee and later are compensated for losses. Tourism can benefit an economy greatly, as seen in Africa, where visitors eagerly crowd around lions and cheetahs. However, most communities near wildlife reserves derive few benefits because governments and tour operators fail to share profits.

I wonder if a positive approach might be more effective: Pay communities to maintain healthy great cat populations. After all, it is painfully clear that good science and good laws do not necessarily result in effective conservation. Communities must be directly involved as full partners in conservation by contributing their knowledge, insights, and skills. Aware of this, I have in recent years focused less on detailed science, something I enjoy most, and more on conservation. I have tried to become a combination of educator, diplomat, social anthropologist, and naturalist—an ecological missionary, balancing knowledge and action.

But yes, I still collect snow leopard droppings for analysis. Much remains to be learned. We know only how to protect lions and tigers, not how to manage them in a human-dominated landscape. The density of a jaguar or other cat population in a given area is limited by the amount of prey. It is difficult to count prey animals, especially in forests, and little is known of how many a habitat can support. Indeed, we still lack solid data on the status and distribution of most cats, with estimates of numbers sometimes based on little more than intuition. Jaguars in the Amazon Basin and snow leopards in various ranges of Central Asia have never been censused.

Our greatest challenge is to instill national commitments to save the great cats. It's everyone's task. Communities need incentives to share their land with such predators. Benefits need to be based on moral values as well as on economic ones. The jaguar is a representative of the sun, the protector of all that lives among indigenous societies of Latin America; the tiger in China was an emissary of heaven and in Hindu India a force for good; and Buddhism stresses respect, love, and compassion for all living beings. Conservation is based on moral values, not scientific ones, on beauty, ethics, and religion, without which it cannot sustain itself.

The great cats represent the ultimate test of our willingness to share this planet with other species. We must act now to offer them a bright and secure future, if for no other reason than they are among the most wonderful expressions of life on Earth.
Posted by Kishore Kotecha at 7:54 PM