Madhya Pradesh has waited for nearly two decades for lions to roar at the Kuno-Palpur National Park. In the 1990s, wildlife experts felt that confining the Asiatic Lion to the Gir National Park in Gujarat was not a good idea. The Wildlife Institute of India, Dehradun, carried out surveys to find a second home for the beast and recommended shifting some of the felines to Kuno. But the Gujarat government has termed the big cat as the "pride" of the state, and refused to share them with MP. An exasperated MP government has now decided to breed lion cubs in zoos and shift them to Kuno.

Till the late 19th century, the Asiatic lion roamed large parts of North India, as far east as what is today Bihar, with the Narmada river marking the southern limit of its range. But indiscriminate hunting and large-scale conversion of forests into farms and human-settlements proved to be the animal's doom. By the early 20th century, the deciduous forests of Gir were the Asiatic lion's only home. In 1913, the chief forest officer of Junagadh reported that there were only 20 of the majestic animals left in Gir. Since then, conservation efforts have not only saved the animal from extinction but resulted in a significant increase in their population. At the last census in 2015, the lions in Gir numbered 523.

Wildlife experts, however, believe that a disease outbreak or a natural disaster like a forest fire in the animal's only home could undo the conservation achievements of the past 100 years. However, Gujarat does not want to part with its lions. Conservation has taken a further backseat with the MP government's proposal to the Centre to allow Kuno to source cubs from zoos. The lion cubs will have to compete with other predators hardened with the ways of the forest. It is anybody's guess how they will fare. 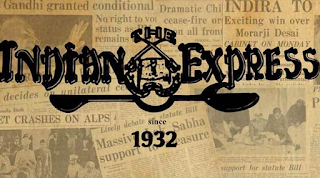 Posted by Kishore Kotecha at 12:44 PM