When it comes to the narrative of saving the big cats, the focus has remained largely on tigers, and justifiably so, given their dwindling numbers. But on the IUCN Red List, both, the Royal Bengal tiger and Asiatic lion feature in the endangered category. While there are 2,500 Bengal tigers left in the world, the number for the latter, according to a latest report, is about 650.

The animal, which has been a symbol of strength since the time Emperor Ashoka built his Lion Capital in Sarnath, now stands on the verge of extinction. What brought this subspecies to this stage? The fourth Vimal Shah Memorial Lecture, organised by Chhatrapati Shivaji Maharaj Vastu Sangrahalaya in collaboration with The Museum Society of Mumbai, explores such critical questions. Titled Asia's Lions in the Past and the Present, the talk by Dr Divyabhanusinh Chavda will highlight the reasons for their dwindling numbers, the current status and future. 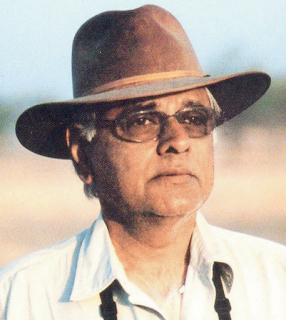 Author of the book, The Story of Asia's Lions, Dr Chavda, apart from holding other distinctions, is former president of World Wide Fund for Nature India and member of the National Board for Wildlife.

Read on for a few interesting facts:


> Asiatic lions roamed from Palestine in the West to Palamau in India in the East. Today, they have been exterminated from almost the entire continent, and can be found only in the Saurashtra peninsula. 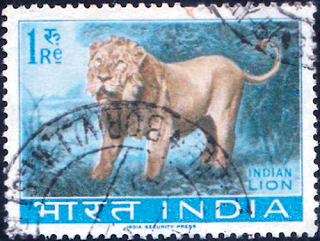 > According to estimates, at the beginning of the 20th century, the lion population had come down to about 100, due to royal hunting expeditions common in those days.

> Conservation efforts began during the time of the British (but it depended on the predisposition of the official in charge), and strengthened after India achieved freedom.

> The population has increased — it was 523 in 2015 and is over 650 today. This increase in number — with no corresponding increase in the size of the habitat — means that more than half the lions are roaming in spaces that are far away from the Gir forest.

> This increases the possibility of lion-human encounters, which puts the animal at further risk.

> Scope needs to be expanded to protecting the corridors. Simultaneously, areas beyond Gir, where the lions have settled in significant numbers must be turned into safe havens. 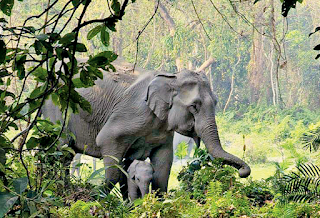 Watch Bastion of the Giants, a 2015 documentary by Sumesh Lekhi that takes you into the dense forests of West Bengal and tall grasses of Assam to discover the lives of the Asian elephant. The film also highlights the need to conserve the pachyderm in the time of increasing man-animal conflict and climate change. The screening is in collaboration with Indian Documentary Producers' Association. On Today, 6.30 pm At Little Theatre, NCPA, Nariman Point. Call 66223737

Posted by Kishore Kotecha at 1:56 PM