Conservation on the edge

Conservation on the edge

The first week of October is observed in India as the 'Wildlife Week'. On the global scenario, the past year has some good and bad news for wildlife— an increase in the number of mountain gorillas in Rwanda and Uganda, extinction of the Spix's macaw, a bird from the Amazon rainforests, and the only surviving male Northern white rhino in the world, breathed his last. Closer home, we recently lost over 20 lions in the Gir forest for reasons not yet known. So, how is India faring in conserving its wildlife? What are some of the challenges animals in the wild face?

India is the only country in the world that is home to three iconic species of cats—the Asiatic lion, the Bengal tiger and the Indian leopard. Unfortunately, all of them are classified as 'threatened' under the IUCN Red List. Thanks to successful conservation policies and efforts from the forest department, wildlife NGOs, researchers and conservationists in recent times, there has been an increase in the number of flagship species. For example, the number of estimated wild tigers in the country has increased from 1411 in 2006 to 2226 in 2014. However, the overall picture of the wildlife in the country still looks grim.

As a consequence of the urbanisation and development projects across the country, the size of our natural forests has been shrinking. A recent study from the Indian Institute of Science (IISc) showed that forest land in the district of Uttara Kannada had rapidly decreased from 57.31% in 1979 to 32.08 % in 2013. There is also the problem of roads fragmenting forests into disconnected islands. With the increase in population of wildlife and shrinking habitats, these animals are now venturing beyond the boundaries of protected areas or forests, into neighbouring villages and towns, leading to conflicts with humans.

From crop-raiding elephants, nilgais and monkeys, to people being attacked by tigers, leopards, bears and snakes, we are at loggerheads with wildlife every day. On an average, in India, we kill over 80 elephants and 30 tigers every year through electrocution and road/train accidents amongst others, while one human is killed every day by elephants and tigers alone!

A recent example of such an escalated conflict can be seen in the hills around Pandharkawada, a town in Maharashtra, where a six-year-old tigress seems to have turned a 'man-eater'. While officials claim that in the last two years she has killed at least five people, local reports claim the number could be well over 10. After several failed attempts to capture the tigress, who now has two cubs, the Supreme Court approved tranquilising the tigress by the forest department or to shoot her at sight. While this could solve the immediate problem at hand, is this really a solution to the bigger problem? No, say experts, calling such steps a shear failure of humanity.

Development projects in and around forests and wildlife corridors also pose a considerable conflict threat. The Yethinahole River Diversion project, which aims to pump water from the Western Ghats to other parts of the state, is located in the forests that are home to elephants, gaurs, leopards and other animals. Destruction of this habitat could lead to more human-animal conflicts in the future and result in the loss of both human and animal life. The rampant construction and mining activities in the periphery of the Bannerghatta National Park (BNP) near Bengaluru, has resulted in elephants often straying into surrounding villages. Thanks to the decision by the state's Mines and Geology Department to close 15 mines in the region, the elephants are now back in BNP.

The state of Karnataka has a thriving wildlife population, with over 400 tigers and 6000 elephants—the highest in the country. A recent report says we also have over 2500 leopards in the state. Controlling this flourishing population poses a challenge.

Wild ungulates, when found raiding crops, are often declared as 'vermin' and killed en-masse by poisoning, electrocution, and shooting. Crop-raiding elephants also often become the victim. There are already 14 elephant deaths in Karnataka by electrocution alone this year. Incentivising people in such wildlife conflict zones could help them tolerate such attacks. "We need to create a platform where insurance companies cover crop losses in areas where human-wildlife conflict occur. Right now, we only compensate ex-gratia. We need a system where people who suffer losses are compensated adequately", opines Mr. Mohan Raj. The state Forest Department is currently testing a phone-based app for easy dispersal of compensation for affected people.

Mr. CR Naik, a deputy Range Forest Officer at the Kali Tiger Reserve also believes that our wildlife is well protected within our sanctuaries. However, there is cause for worry when it comes to smaller fauna. "Most people only want to see charismatic species like tigers, leopards or black panthers (melanistic leopards) and in the process, the lesser-known but equally interesting animals like snakes, frogs and insects are often neglected", he remarks. A study reported that amphibians comprise 50% of all roadkills in the Western Ghats.

Snake bites are one of the results of the increased human-animal conflicts. Last year, there were over 7600 cases of snake bites reported in Karnataka. There could also be many snakes killed due to fear and lack of awareness. In an attempt to change that, Mr. Naik and his staff at the Kali Tiger Reserve are rescuing over 500 snakes every year from settlements on the periphery of the reserve. 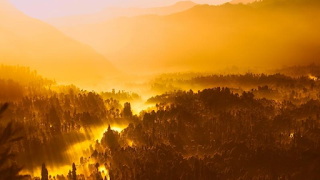 Posted by Kishore Kotecha at 1:26 PM